This is the first year in a very long time (or really, since I've been back in the states) that I've actually felt like decorating and celebrating.  I'm not up to making cookies yet, but it's progress.  We went home to Ohio for Thanksgiving and got to see friends and family, which was a welcome break from Baltimore. We must have listened to at least 5 hours of cumbias during the drive there, which helped set the mood, along with a nasty snowstorm in western Maryland on the way back.  We'll soon be off to Houston for a Salvadoran Christmas.

I'm grateful for los buenos milagros that this year has brought, after a rather rough 2011.

My husband has finally begun the naturalization process.  The government has dutifully cashed our check, and he had his first appointment scheduled for Monday, which Sandy the Frankenstorm ungratefully canceled.  Left wondering what would drive the media to say "frankenstorm" over and over again and with three days off of school, I was hoping to see him study a little.  No luck.  Will the citizenship test actually require him to know how many amendments are in the Constitution?  At dinner with a group of highly educated individuals on Saturday, all of which work or have worked for the state of Maryland and one of which had been a history teacher in the past, no one knew for sure.  24 was what we settled on.  Turns out to be 27.

USCIS nicely provides study guides and sample test questions. As a teacher, it drives me crazy to see that he's not studying, especially since I don't think I could get all of the questions correct either.  And this is after helping with 8th grade social studies this year, where they have to know all of the principles of the Constitution and what historic philosophers and documents these are based on.

Over the past couple of years, I've convinced my husband to visit various places of historic significance and see more of "Gringolandia."  So many times we're content to stay in the "known" places that feel more Latino - El Salvador than anything else (southeast Baltimore, Silver Spring, etc.). We've gone to DC more times than I can count, to Annapolis, Gettysburg, Antietam, Harper's Ferry, and various other places around Baltimore, which in itself is a living monument.  Not sure how much of it has stuck for my husband, but I've definitely learned a lot about my own country.

For example, I had no idea that I had (possible) relatives that fought in the war of 1812.  I had jury duty for a week this fall, and one day as I was sitting outside the courthouse eating lunch, I noticed the name Lowry on the Battle Monument (also the first monument in the United States?).  James Lowry Donaldson, died at the Battle of North Point (where my husband goes to fish for slimy catfish during the summer). He had changed his legal last name to Donaldson to inherit an estate left in that name, but was originally a Lowry from Ireland. Although I knew that there were other related Lowrys in Maryland, especially in the western part closer to West Virginia, I was struck by how little I knew about these families.  Time to copy the entire family tree binder at Thanksgiving, I think.

Visiting Gettysburg made me go back and re-read "The Killer Angels," which I hadn't even thought of in years.  All of the Baltimore celebrations made me want to learn more about where I'm living, and appreciate it more than I did in the first couple of years. As for my husband and the citizenship test, guess we'll find out soon enough!

Posted by Unknown at 9:17 AM No comments:

It's been two years since I was last in El Salvador, but it feels like yesterday.  Strangely, it still feels like home, much more than Baltimore does. This is where family and friends are. This is where I can be at the beach in thirty minutes or at the mountains in another thirty.  There are many things that I haven't missed, like the crazy traffic, horrible drivers, long work days, lines at the bank, and San Salvador in general, but there is so much more to it than that.

My husband and I came for two weeks of vacation and a wedding, then I stayed on for another week of work and the National Conference for Teachers of English at CCSA. The vacations were much-needed and the work left me with a deep feeling of gratitude for the job I have in Baltimore and the fabulous people and students I have the pleasure of seeing everyday.  It was satisfying to see the research that I helped begin two years ago finished and presented as a final product, and reminded me that I need to make some sacrifices this year to get my doctorate on a role.

Today I head back to Baltimore, happy to have come back to El Salvador, and with the certainty that it will continue to be home for a long time to come.
Posted by Unknown at 7:19 AM 5 comments:

At last, a summer that I don't have to work!  Maybe I'm not going to Roatan and El Salvador for the whole summer like I'd wanted, but I finally have a "real" vacation!  We've been in Baltimore for two years now, but I've spent the past two summers doing teacher training.  This summer, I plan to read, write to publish (or really just to have something to use so I can apply for my doctorate), make all my lesson plans for the Spanish classes I'll be teaching next school year, and yes, still go to El Salvador.  The longer we're in the U.S., the more I want to move back abroad, but I think I need to be a little more patient.  We're still waiting on Edwin's residency to be renewed (which is a story I think I'd like to write once it's over and done), and trying to figure out how to have his mother's travel visa approved (she was turned down once already for reasons unknown). I love my job teaching here in Baltimore, but it's exhausting sometimes and I miss working with adults and teachers.

I also want to use this summer to get to know Maryland better.  I tend to forget, living in treeless southeast Baltimore, that it's a beautiful state with many things to see and do.  We go to DC on a regular basis, which is always fun, but the traffic and parking are not so much. In an effort to spend more time outside, Edwin finally bought a fishing pole, so now it's a bit easier to convince him to go to the bay.  I have various plans to berry pick and can, even though my garden's a bit wild this year.

All in all, I'm looking forward to this summer! 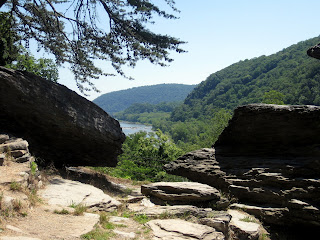 We went to visit my parents in May when they were camping there, and it was beautiful.  I think it might have even helped me convince Edwin to buy a tent and camping gear.  Hiking. Kayaking. History. Lovely.

The Beach (but not Ocean City) and the Eastern Shore:

Think Misty of Chincoteague.  Who doesn't love wild ponies?  And the beach is beautiful.  Tent would come in handy here, too, since O.C. left a lot to be desired. 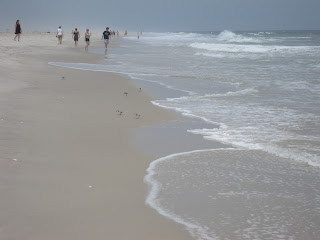 Email ThisBlogThis!Share to TwitterShare to FacebookShare to Pinterest
Labels: Baltimore

As I was playing with iTunes today, I came across this song that reminded me of my first experience living in Latin America in 2002.

I went to work as part of the co-op program at my university, supposedly to gain an international perspective to working in Information Systems. What I came back with was the certainty that I didn't want to be a techie anymore and that there were much more rewarding and worthwhile things I could do in life.

When I arrived, there were no computers.  No projects waiting.  In order to stave off boredom and feel "normal," I found a beach-side church service in English, which led to volunteering with kids in the shantytowns surrounding Zihua and teaching English.  That, along with living a couple of blocks from the pier and in walking distance of the beach, made 5 months in Zihua bearable. 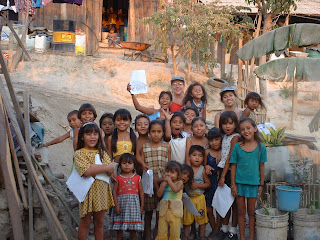 I had already added Spanish as a second major at that point, but had never considered teaching. One of my Spanish teachers (thanks, Carlos Gutierrez) suggested going for a Masters.  I started volunteering as an English teacher in Lower Price Hill in Cincinnati, which led to AmeriCorps, which did indeed lead to my M.Ed. and teaching abroad.  It makes me feel hugely indebted to him, and to other past teachers and professors that helped me to believe that I could do these things (which in turn makes me want to be able to do the same for my own students, another story completely).


I also came across this essay that I wrote for who knows what class.  I had to read it, then read it again.  Did I really write this?  Did I have such a voice in Spanish?  Even though Spanish is such a part of my daily life at this point, I don't have (or don't choose to have) many opportunities to write creatively in Spanish anymore.

2011 was a busy year work-wise, and the first year in a long time that I did not leave the States for at least a month.  This will most definitely be remedied in 2012.  2011 marked our first full year in Baltimore, which was overall decent, but nothing fabulous.  My husband was able to renew his residency without any problems (but with a lot of stress on my part) and should be able to apply for citizenship this year, God and the government willing.  2011 was surviving a lifestyle that neither one of us likes, and wishing we were back in El Salvador or Colombia, depending on who you asked.  In the end, both of us realize that it's Baltimore for the time being, and that Maryland was actually a fabulous choice (thanks again, all you UMBC people who convinced me).

In addition to teaching at school, I also led a 18-week online course through the RELO office in Lima, and went to Peru to give workshops for several weeks in the summer.  This was a fabulous experience, but the next time I go to Peru I want it to be for vacation (or to live)!

On the El Sal side, we started the process of adopting our niece, only to lose her to violence in September.  The last couple months of 2011 were ones of mourning and readjusting our plans for the upcoming years.

My Blogs, Wikis, and More